A solicitor by profession, Dame Glenys Stacey has a wealth of CEO and regulatory experience, having led the start-up or development of a number of public-sector organisations responsible for legal or regulatory services.

She has previously served as Her Majesty’s Chief Inspector of Probation, Chief Executive at Animal Health (now part of the Animal and Plant Health Agency), chair of the Professional Standards Authority and Chief Regulator at Ofqual.

In 2019, she chaired an independent review of farm regulation at the request of the then Secretary of State for Defra.

Dame Glenys was appointed Dame Commander of the British Empire in the New Year’s honours list in 2016 recognising her services to education. She was appointed as chair-designate of the OEP in December 2020. 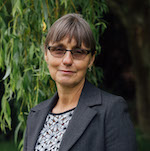 Julie Hill has had a career in environmental policy and politics for over 35 years.

She is currently the Chair of the Waste and Resources Action Programme (WRAP), Chair of the Institution of Environmental Sciences (IES) and Deputy Chair of the Advisory Committee for Social Science for the Food Standards Agency.

Former roles include Director of the environmental think-tank Green Alliance, a Non- Executive Director of the Eden Project in Cornwall, a member of the board of the Environment Agency (England and Wales) and the Consumer Council for Water.

Julie has written and broadcast widely, including several books on waste and resources.  She was appointed a visiting professor of the University of Surrey in 2017. She was awarded an MBE in 2001.

Dr Paul Leinster CBE has over 40 years of practical experience in environmental management, science, policy and regulatory development and implementation in the private and public sectors.

He is Chair of Water Resources East, the Bedfordshire Local Nature Partnership, the Institute of Environmental Management and Assessment, and bpha (a housing association), and is a Board Member of both Flood Re and Delphic HSE.

He also provides strategic environmental consultancy advice to public and private sector organisations. From October 2015 to December 2020 he was Professor of Environmental Assessment at Cranfield University and a Member of the Government’s Natural Capital Committee.

Immediately prior to this, he was Chief Executive of the Environment Agency for more than seven years. Prior to joining the EA in 1998 he worked for more than 20 years in the private sector. 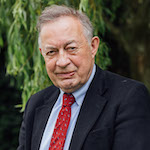 Professor Richard Macrory is currently an emeritus professor of environmental law at University College, London, where he set up and was first director of the Centre for Law and the Environment.

He has also practised as a barrister at Brick Court Chambers London. Professor Macrory served as a board member of the Environment Agency England and Wales between 1999 and 2004, and was a long-standing member of the Royal Commission on Environmental Pollution. He was the founding editor of the Journal of Environmental Law and was chairman of Merchant Ivory Film Productions between 1988 and 2004.

In 2006, Professor Macrory led the Cabinet Office Review on Regulatory Sanctions and his recommendations were reflected in Part 3 Regulatory Enforcement and Sanctions Act 2008.

Professor Macrory was the first chair of UK Environmental Law Association, and in 2016-2018 was co-chair of UKELA’s Brexit Task Force.

Professor Dan Laffoley is a scientist, communicator, explorer and marine biologist, with over three decades of experience in the UK, Europe and around the world.  He is a UK and international expert on Marine Protected Areas (MPAs) and conservation.

He is currently Marine Vice Chair of the International Union for Conservation of Nature’s World Commission on Protected Areas responsible for global targets and guidance on ocean protection.

Prior to that he led the development and scale-up of the marine conservation work of Natural England and English Nature. He has been responsible for the creation of many global, European and UK public and private sector partnerships, alliances and frameworks that underpin modern-day marine conservation.

This work includes creating the concept behind Blue Carbon, scaling up knowledge and action on ocean warming, acidification and deoxygenation, scaling-up work on marine World Heritage and conservation of the High Seas, and various global guidance on implementing MPAs and marine spatial planning.